Which are the best pets - male or female cats? 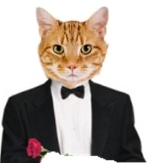 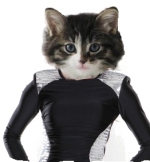 Even those who know that cats make the best pets still have something to debate. Which make the better pets - boy cats or girl cats? Deciding what gender of pet cat to choose matters because male and female cats can sometimes behave very differently. So getting it right can be important, especially if this is your first cat.

In some ways male and female cats follow the same stereotype as male and female humans. Both types of cat pay a lot of attention to status, but they go about it differently. A female cat is more likely to be passive-aggressive. ‘Ok, I’m curled up in your chair, but I’m cute. What are you going to do about it?’ A male cat might get physical - with you, if he feels he can get away with it, but more probably with other pets if he feels dominant over them. Both males and females will usually get aggressive if a strange cat invades their territory.

If a cat feels that its territory is threatened, it will mark the territory as its own with a spray of urine. This is distressing for humans if the territory includes - for example - a new sofa. So note that female cats are accustomed to a smaller home range and are more inclined to share it. Therefore they spray less.

As may be expected, cat-lovers often discuss the topic in online social media such as forums. With male vs female pets, there’s pretty much a 50/50 split.

Here are some quotes:

‘On average, neutered males are more calm and friendly’

‘A girl cat if you want a cuddler who will try to read the newspaper with you.’

‘I've had cats all of my life and I've known males to be more affectionate and less sneaky than females.’

‘I like girl cats because I think they are lovely and ladylike and are playful.’

‘A male is more aggressive but likes to play more, a female likes attention but is more independant’

‘The males want cuddles all the time and to be around us all the time. The female likes cuddles but only on her terms.’

‘Either males or females are just fine. It really just depends on the personality of the cat.’

There is general agreement that unless one is breeding a cat, a neutered/spayed cat makes a far better pet than a ‘complete’ male or female.

An un-neutered tom can be quite a handful. As might be expected of a testosterone-powered male, a tom is far more likely to get into fights - with you, with the postman, or anything with two or four legs. When not outside beating up the neighbours’ pets, un-neutered toms are prone to strop their claws on delicate fabrics and expensive woods, and then urinate on the rest. As an added bonus, un-neutered toms produce particularly pungent urine that easily overcomes the capabilities of the average deodorant. Then, once he gets outdoors, a tom might vanish for days on end, and return in need of expensive repairs by the vet.

Unspayed female cats do not make quite as exciting pets as toms, but life with them also has its moments. If you live with an unspayed female cat, you’ll quickly learn she has an active sex life. Female cats come in season twice a year. In Northern Europe that’s usually in January and again in June. A female cat is in heat for about 4 to 7 days if she finds a mate, for and longer otherwise.

A female cat looking for love does not keep quiet about it. In fact she will become very vocal. Female cats indicate their readiness to mate by calling for male company with a special type of yowl. If the cat is kept indoors at this point, she will compensate by yowling even louder. At all hours of the day or night. She will also make determined efforts to escape from the house. If she succeeds, expect complaints from the neighbours about her highly vocal caterwauling as she seeks a mate, and even more vocal caterwauling once she has found one.

After mating, an unspayed female is likely to become pregnant and produce litters of kittens, time after time. And there is a limit to the number of times that having a cat give birth in the laundry basket might be considered an adventure.

Overall then, a cat makes a far more satisfactory pet after spaying or neutering. Cats can get spayed/neutered at any time after they become sexually mature. This solves many behavioral problems and causes no harm - in fact it is demonstrably healthier for females. Your vet will be able to advise you further.

While we still have not resolved the issue of whether male or female pet cats are preferable, this is because in the end it depends on the person and the cat. Cats may not be human, but they often have very strong personalities. Even someone who prefers female to male cats would choose a perfect gentleman kitty over the she-cat from hell. Therefore the trick to finding the ideal pet is to downplay gender in favour of finding a feline personality that’s as compatible as possible with you and your lifestyle.