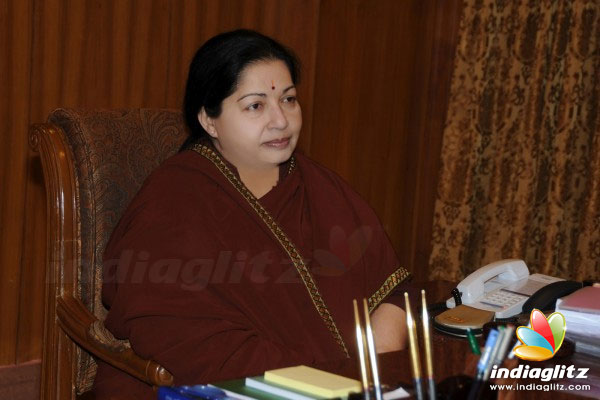 The Six Time Chief Minister of Tamil Nadu J.Jayalalitha fondly referred to as Amma, has passed away at 11:30 PM on Monday (December 5). The much loved leader's death has come as a huge shock and sorrow for the entire Tamils living across the world.

CM Jayalalaitha was admitted to Apollo Hospitals Chennai on September 22 where she has been taking treatment for various diseases for the past 75 days. Last month there was good improvement in her health condition.

But the evening of December 4 happened to be fatal as the CM suffered a cardiac arrest and that has lead to her death despite world class treatment given to revive her heart's functioning.

Earlier this evening, rumors that the CM is no more was announced in mainstream news channels of Tamil Nadu. However Apollo immediately denied the reports and said that she was still in life support. But a few moments ago Apollo Hospitals official Press Release confirms the demise of the much loved CM.

Jayalalitha was born on February 24, 1948 in Mysore. She was  a excellent performer in studies and also got trained in various classical dance forms including Bharathanatyam. Following her mother Sandhya's footsteps, Jayalalitha entered the film industry as a heroine and went on to rule South Indian Film industries especially the Kollywood for decades. She was considered by the fans the best onscreen pairs of former Chief Minister and Anaithu India Anna Dravida Munnetra Kazhagam founder M.G.Ramachandran who later became her political mentor. She joined the AIADMK party in 1982 and was nominated as its Rajya Sabha Member in 1984.

She was first elected to the Tamil Nadu State Assembly from Bodinayakkanur constituency in 1989. In 1991, she became the first woman Chief Minister of the home ground of  Dravidian politics. She has completed three five year terms as the CM of Tamil Nadu from 1991-1996, 2001-2006 and 2001-2016. She was re-elected as the Chief Minister of Tamil Nadu for the second consecutive term in the May 2016 assembly elections with her party getting a strong majority.

In her three tenures as the CM she has implemented various welfare schemes most of them aimed at the well being of women and children. In 1991 her Government implemented the Thottil Kuzhandhai Thittam which was responsible for the eradication of Female infanticide which was rampant in the state during those times. During her previous tenure she introduced many welfare schemes and the most prominent among them was 'Amma Unavagam' which offered food for all people at a very low cost. Hailed as an effective administrator, the law and order situation of the state has never deteriorated during her regimes.

If she had completed another term Tamil Nadu and its people would have benefited a lot more but the fate had other plans.

Jayalalitha is  considered as one of the most effective and charismatic woman  of India political history has ever seen. She was never bowed down to adversities and came across many struggles in the male dominated political space to become the most powerful and charsimatic leader of Tamil Nadu. She will always remain as the sign of woman-empowerment and that won her admirers even from the women of opposition parties.

It is true that Tamil Nadu politics will not see another leader like her. Her untimely death is indeed the biggest loss for the state and its people.

IndiaGlitz mourns the death of one of the strongest and effective leaders J.Jayalalitha who is the Iron lady of Indian Democracy.