In many organization, the directors themselves plays the role of a manager, but it does not mean that the role of the two important ranks of the company is same. A director can be an employee, member or any other person, who is unanimously chosen by the company’s shareholder at the general meeting. In contrast, a manager is a paid employee of the company who possesses a substantial amount of knowledge, expertise, and abilities to manage the organization.

The paramount difference between director and manager is that the director is a manager of all the managers working in the organization, i.e. production manager, sales manager, human resource manager, accounts manager, customer relationship manager and so on.

On the other hand, the manager manages the work and performance of a particular division or department which is handed over to him/her. Take a read of the article presented to you, to learn some other differences.

In a real sense, the term manager can be defined as the individual who is responsible for the governing and controlling the organization. He/She is someone who always has his/her organization’s overall perspective in the mind and whatever he/she does are aligned towards the company’s objectives.

A manager is the practitioner of management, which involves making optimum use of resources, i.e. Men, Machine, Material, Money, and Method, in order to attain the goals of the organization. He/she is an employee of the organization who is appointed by and reports to the board of directors. 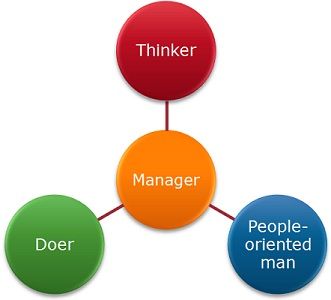 A manager supervises a certain group of people or a unit of the organization and is held responsible for its performance. He/She is the one who:

A director is chosen by the company’s shareholder, at the annual general meeting of the company, who need not be a member or employee of the company. He/She derive their power and authorities from the law governing it and also from the articles of association of the company.

The directors are the agent of the company and occupy the top position in the corporate hierarchy. They can enter into the contract on behalf of the company with a third party and thus bind the company.

Key Differences Between Manager and Director

The difference between manager and director can be drawn clearly on the following grounds:

All in all, the scope of a director is greater than a manager, as it is a director who is responsible for the success or failure of the company. A manager only works as per the orders of the directors. The director is the key man of the company, who lays down all the plans, policies, procedures, programs etc. so as to attain the ultimate goals of the organization. On the other hand, a manager follows the instructions of the Director and supervises his/her subordinates to work in the pursuance of the goals of the organization.