The infamous artist Banksy has confirmed he is behind the latest mysterious graffiti work - which holds a hidden anti-Brexit message -  on a bridge in Hull.

In an Instagram post anonymous Banksy seemed to confirm the mural was his latest work by sharing a picture of the art to his near two million followers.

The surprise art of a young boy wearing a helmet and cape alongside the words 'Draw the raised bridge', provoked a social media storm yesterday. 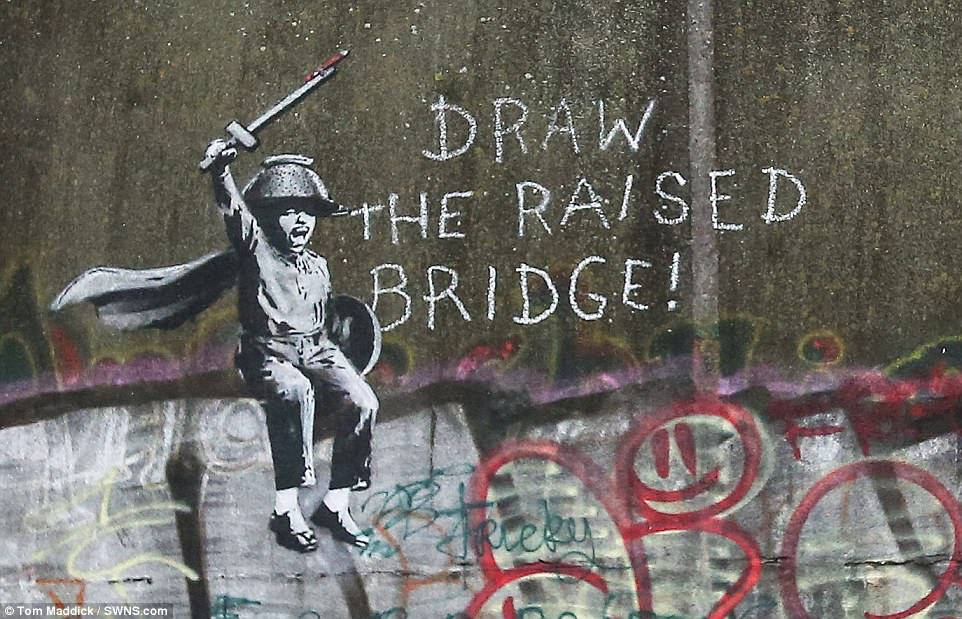 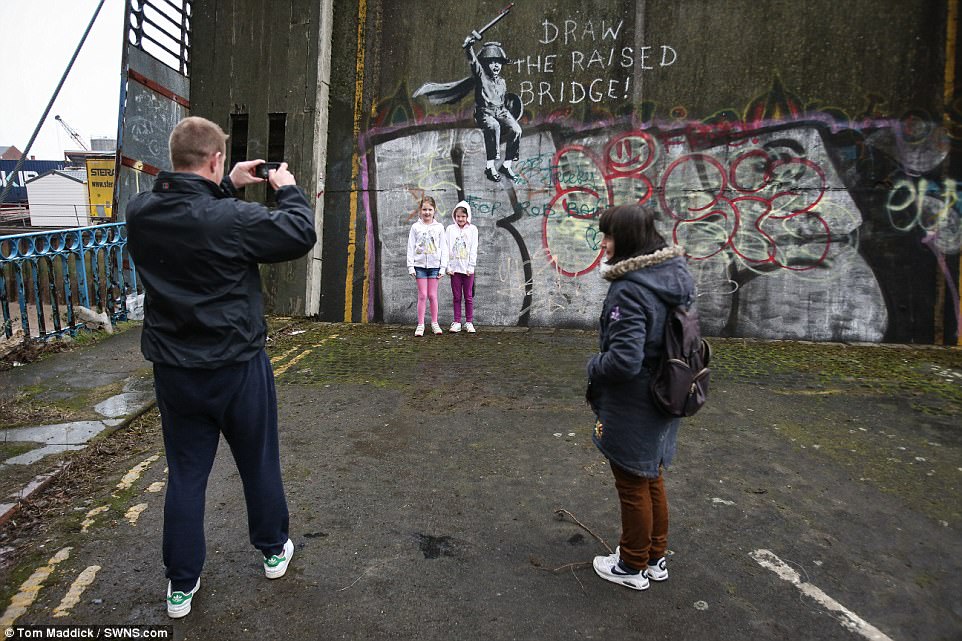 The artwork was painted on an old drawbridge in Hull. Locals said they first spotted the work early on Thursday morning 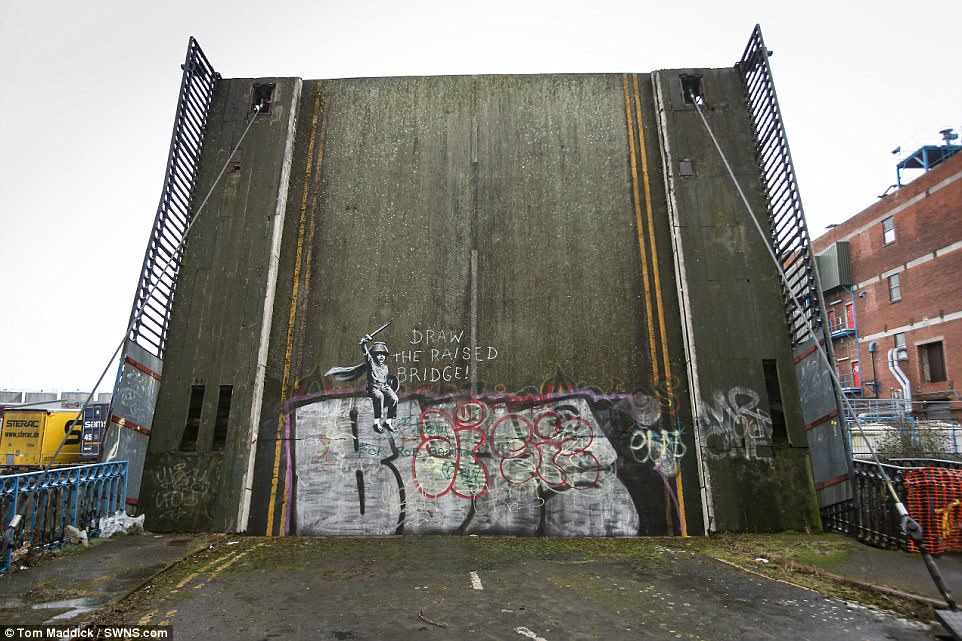 The clever graffiti gives of the illusion that the young boy is sitting on some already existing bubble style writing graffiti.

However Councillors in the area are calling for the artwork to be removed despite calling his work 'mindbogglingly brilliant.'

Hull Cllr. John Abbott says the suspected Banksy should be 'cleaned off', but accepts there is a case for preserving the artwork.

He said: ' It should be cleaned off and then photographed and kept, as Banksy is not a man without talent.'

The graffiti piece was first spotted on Scott Street Bridge, Hull, by passers-by on Thursday.

Eager social media users have shared their appreciation of the piece, with fans describing the mural as 'genius' and 'cool.'

With one Instagram user even saying: 'Thank you for inspiring us all'. 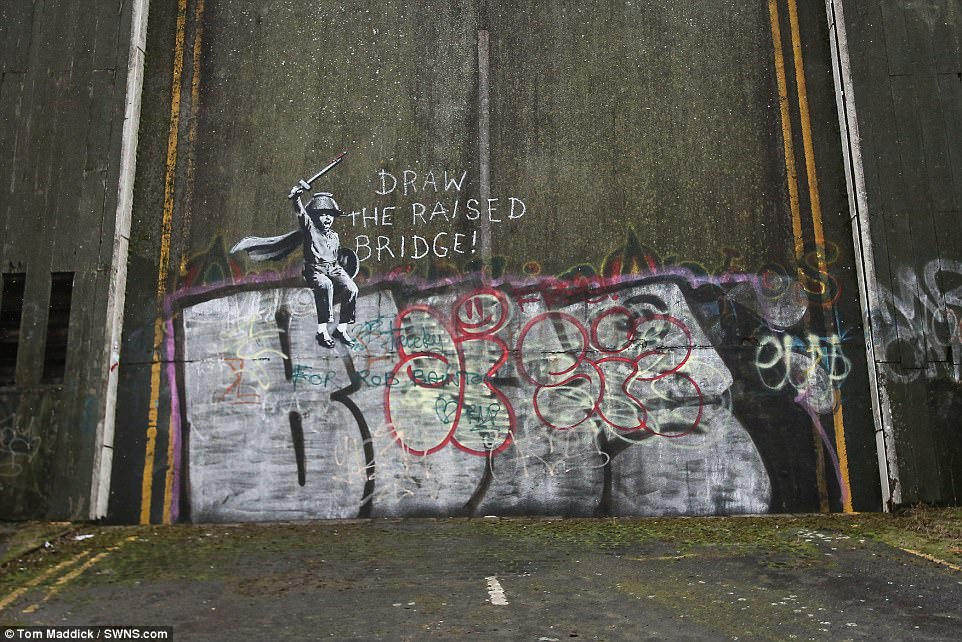 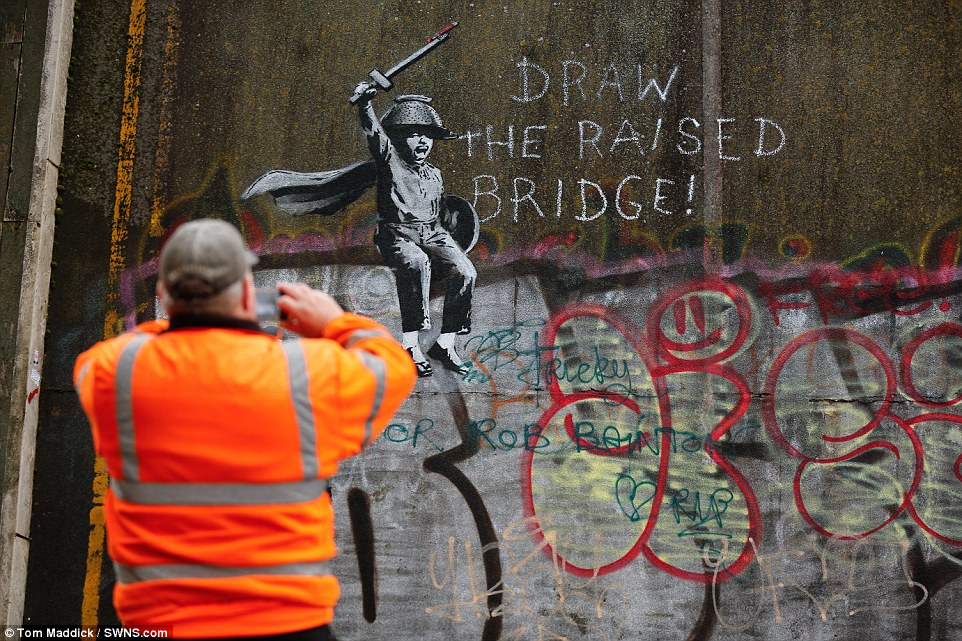 The comments below have not been moderated.

The views expressed in the contents above are those of our users and do not necessarily reflect the views of MailOnline.

We are no longer accepting comments on this article.